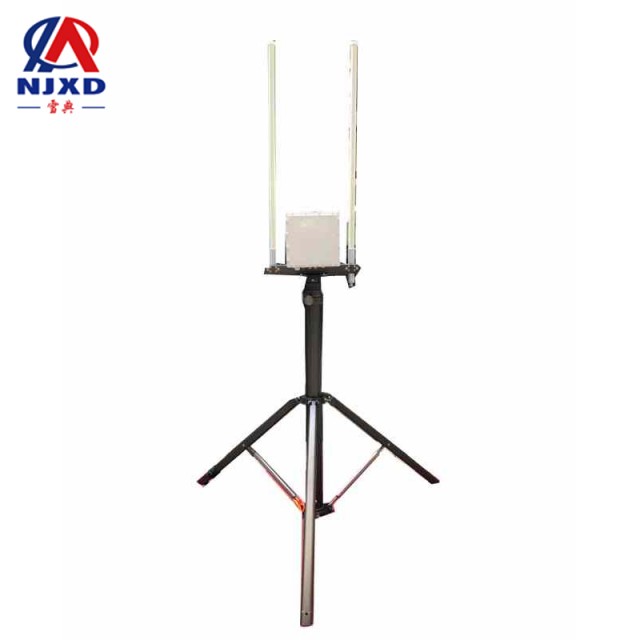 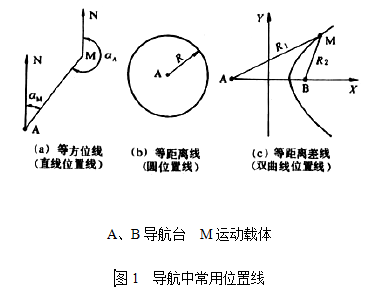 The constant equidistance difference line is a hyperbolic position line, as shown in Figure 1(c).
The positioning method of the intersection of equal azimuth position line and equal distance position line is called p-θ positioning method (such as Takang navigation system). The location method of intersection between equidistant position line and equidistant position line is called the location method of ρ-ρ. The positioning method of the intersection of hyperbolic position lines and hyperbolic position lines is called hyperbolic positioning method (such as table card, Roland c, ormiga and other navigation systems).
Global Positioning System (GPS)
The United States and the Soviet Union have successively developed similar systems. It is called "navigation star" timing and ranging global positioning system. It can provide high-precision three-dimensional position, three-dimensional velocity and time information for any object from the ground to 9,000km in the world in real time and all weather. GPS system consists of space (satellite), ground monitoring and user receiver. The space part has 18 (or 21) navigation satellites with a height of 20,000 kilometers, operating on 6 circular orbital planes with an inclination of 55 °, each side is 60 ° apart, the orbital period is 12h, which ensures that more than 4 satellites with an elevation angle greater than 5 ° can be seen at any time at any place on the Earth. Each navigation star contains an atomic clock with a stability of 10-13/day, this is the basis of GPS's accurate positioning and timing. Each satellite continuously sends navigation signals at two frequencies in the L-band, and uses spread spectrum technology to improve anti-interference capability. These two signals are called coarse test code (C/A code) and fine test code (P Code) respectively. The former can be used for civil use, positioning within 25m; The latter is dedicated to military, positioning accuracy within 1~10m. Both signals contain information such as satellite conditions, system time, and ephemeris (current and future positions) of the satellite being tracked by the receiver.
The control part consists of a main control station and five distributed monitoring stations. Each monitoring station measures satellite position, speed and time data as well as atmospheric parameters of each station and sends them to the main control station, after data processing, the latter obtains data such as ephemeris, star clock deviation and ionosphere delay of each star, and then injects the satellite every 12 hours to update the data on the star. 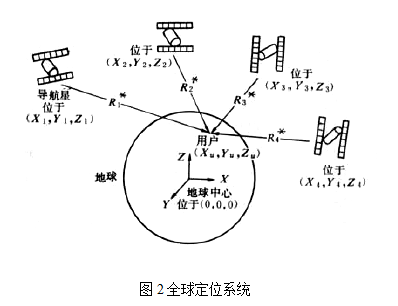 The global positioning system is shown in figure 2. The user receiver can receive the ranging code driven by the star clock from 4 satellites at the same time, and measure the delay from the star to the receiver, then calculate the pseudorange

from the user to each star.

, I =1,2,3,4
The relationship between pseudorange and satellite and user coordinates and clock difference is

In the formula, c is the speed of light; △Tu is the clock error of the user, and xiYiZi is the coordinate of the I satellite, which is provided by navigation information. According to this, ×U, Yu, Zu and △tu (×uyuzu) can be solved. It is a user's rectangular coordinate with the center of the Earth as the origin and can be converted into commonly used longitude, latitude and height.
GPS system is not only widely used in military, but also used in aviation, navigation, exploration, surveying and mapping, geophysics and tourism.