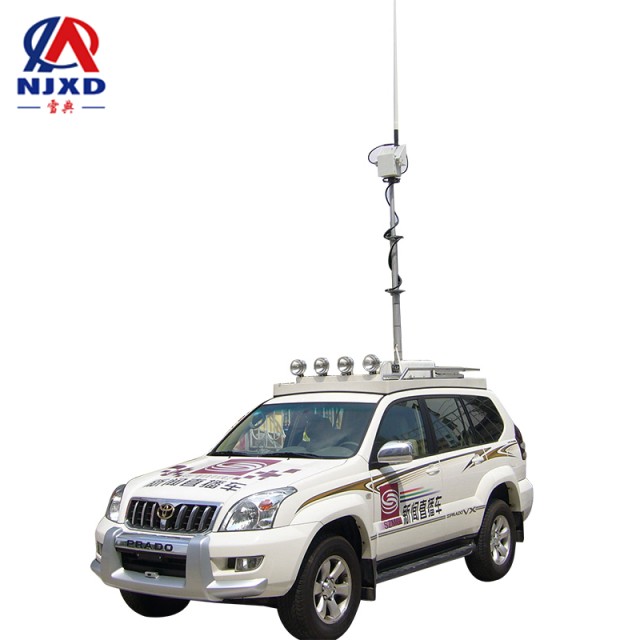 Features
Infrared has the characteristics of large capacity, strong confidentiality, good anti-electromagnetic interference performance, simple equipment structure, small volume, light weight and low price; But it is easily affected by climate when transmitted in atmospheric channel. The infrared wavelength range is 0.70 μm ~ lmm, and the wave in the region of 300 μm ~ lmm is also called submillimeter wave. The influence of atmosphere on infrared radiation transmission is mainly absorption and scattering.
Infrared communication system
Infrared communication system generally consists of infrared transmitting system and receiving system. For the infrared communication system in the passenger plane, low-power near infrared (wavelength 0.72~1.5 μm) is adopted to transmit signals, which has no harmful effect on human health, especially on human eyes, it will not interfere with the radio communication between aircraft and land. The working process is: the audio signal is first converted into a digital signal, and then modulated on the infrared ray. Through a special infrared-transmitter, the infrared ray carrying the audio signal fills every corner of the cabin. Each seat is equipped with a pair of "Headphones", which is actually an infrared receiver, which can turn infrared signals into electrical signals and then restore them to sound; Working use a battery, no external connection is required. Passengers can receive and hear various programs as long as they carry this pair of "Headphones", turn on the power supply and toggle the corresponding selection switch.

Technical standards
Infrared communication technologies include the following specifications: IrPHY, IrLAP, IrLMP, IrCOMM, TinyTP, IrOBEX, IrLAN, and IrSimple.
IrDA1.0 standard is referred to as SIR(SerialInfrared, serial infrared protocol), which is an asynchronous and half duplex infrared communication method developed based on HP-SIR, based on the asynchronous communication transceiver (UniversalAsynchronousReceiver/Transmitter,UART) of the system, infrared data transmission is realized through the coding and decoding process (3/16EnDec) of waveform compression of serial data pulse and waveform expansion of received optical signal electrical pulse. The maximum data rate of SIR is only 115.2kbps. In 1996, the IrDA1.1 protocol, referred to as FIR(FastInfrared, fast infrared protocol), was released. It adopts 4PPM(PulsePositionModulation, pulse phase modulation) encoding and decoding mechanism, and the maximum data transmission rate can reach 4Mbps, at the same time, the provisions of 1.0 standard are retained at low speed. Later, IrDA introduced VFIR(VeryFastInfrared) technology with a maximum communication rate of 16Mbps and incorporated it into IrDA1.1 standard as a supplement.
The IrDA standard includes three basic specifications and protocols: infrared physical layer connection specification IrPHY(InfraredPhysicalLayerLinkSpecification), infrared connection access protocol IrLAP(InfraredLinkAccessProtoco1), and infrared connection management protocol IrLMP(InfraredLinkManagementProtoco1). The IrPHY specification sets goals and requirements for the hardware design of infrared communication. IrLAP and IrLMP are two software layers, responsible for setting, managing and maintaining the connection. Based on IrLAP and IrLMP, IrDA has also released some higher-level infrared protocols, such as TinyTP, IrOBEX, IrCOMM, IrLAN, irTran-P and IrBus, etc.
IrPHY: refers to the lowest layer of infrared communication, physical layer. Important specifications are as follows:
Distance (standard: 1 m, low power transmission to low power: 0.2 M, standard to low power: 0.3 m)
Angle (minimum conical +-15 °)
Speed (2.4 thousand bits per second to 16 million bits per second)
Modulation (fundamental frequency band, no carrier)
Infrared filter window
The infrared communication transceiver is transmitted by an infrared pulse wave in the range of a conical beam, and its conical beam has a minimum range of 15 degrees from the center.
The physical layer specification of infrared communication requires the minimum amount of light that can be recognized at least one meter away.
At the same time, the specification also defines the maximum amount of light that will not be excessive when the two communication devices approach.
In the practical stage, some devices in the market do not achieve a transmission distance of one meter.
At the same time, some devices do not reserve tolerance values when they are very close.
The typical sweet area of infrared communication is in the range of 5cm to 60cm from the transceiver, at the center point of the conical beam.
The information communication of infrared communication is operated in half duplex mode, because the device will be received by its own receiver when transmitting, so full duplex becomes infeasible.
The two devices can simulate full duplex by quickly switching the connection.
The main device side controls the timing of the connection, but the two sides can switch the transmission speed to the highest according to the actual situation.
Transmission rates fall into three categories: SIR, MIR, and FIR.
The speed range of SIR includes RS-232 speed definitions (9600-bit/second, 19.2-bit/second, 38.4-bit/second, 57.6-bit/second, 115.2 thousand yuan/second)
The most common transmission rate of a device is 9600 bits per second, so this transmission rate is all the rates in the discovery state and the negotiation state.
MIR (medium rate infrared) is not an official noun and is sometimes used to indicate the rate range from 0.576 million bits per second to 1.152 bits per second.
FIR is an old noun of IrDA physical layer standard. Although this noun is also commonly used to represent the rate of 4 million bits per second.
FIR is sometimes used to indicate all rates above SIR calibration rate.
However, MIR and FIR use different encoding methods and different packet architectures.
Therefore, these two unofficial words have two different physical layer implementation modes respectively.
In the future, there will be a faster transmission rate (currently VFIR), which can support 16 million bits per second.
Products with VFIR are available. For example, TFDU8108 can be operated at 9.6 thousand bits per second to 16 million bits per second.
The UFIR agreement is developing. This agreement will support 100 million bits per second.