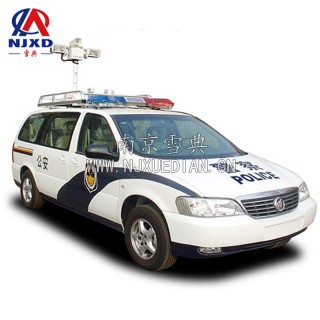 rotational velocity
AC PTZ uses AC motor, rotational velocity fixed, generally horizontal rotational velocity is 4 °/second ~ 6 °/second, vertical rotational velocity is 3 °/second ~ 6 °/second. Some manufacturers also produce AC high-speed PTZ, which can reach horizontal 15 °/second and vertical 9 °/second, but the high-speed load capacity of the same series PTZ will be reduced accordingly. Most of the DC pan-tilt units use DC stepping motors, which have the advantages of high rotating speed and variable speed, and are very suitable for occasions requiring fast target capture. Its horizontal highest revolving speed can reach 40~50 °/second, and vertical can reach 10~24 °/second. In addition, the DC head has the variable speed function, and the voltage provided is the variable voltage between 0 and 36V DC. The effect of variable speed is determined by the performance of the control system and decoder, so that cloud deck motor can rotate at the corresponding speed according to the input voltage. There are two common variable speed control methods. One is full variable speed control, which determines the input voltage to the pan head by detecting the displacement of the operator to control the keyboard joystick, full speed control is to realize smooth speed transition within the speed range of PTZ. The other is the step-by-step control, which is to set several gears within the speed range of the PTZ. Each gear corresponds to different voltage (rotational velocity). Before operation, you must first select the speed gear to be rotated, rotate the head in all directions. Control Principle
So how to control the pan-tilt to rotate horizontally or vertically? This needs to be achieved through the PTZ control system. The PTZ control system generally consists of a console, a remote communication module, and a PTZ control module.
The console is used for the user to input control commands to the PTZ, such as moving in the upper, lower, left, and right directions. A common console can be a PC with the corresponding software system installed.
Remote communication module is used to communicate between the cloud console and the console. On the one hand, the commands sent by the console are transmitted to the cloud console; On the other hand, the data of the cloud console is fed back to the console.
Pan-Tilt controller is the core module, which is usually installed on the pan-tilt and needs to realize two main functions: Decoding the received console instructions and converting them into control signals that control the operation of the motor; according to the control signal, drive the motor on the pan head to perform corresponding actions. 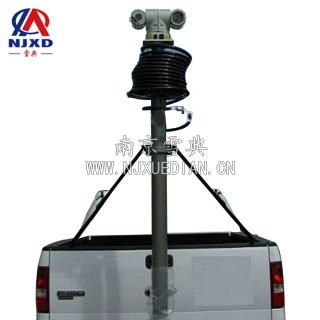