The World Meteorological Organization (WMO) pointed out that gust (GUSTINESS) is a positive or negative deviation of wind speed to its average duration of no more than 2min within the specified time. Negative gust is also called calm endogenous wind. It can be used in telescopic mast.
Introduction
Meteorological Terms, special air flow phenomenon, refer to the wind speed in a short period of time, there is a sudden change of wind. It usually refers to "instantaneous extreme wind speed".
When the wind is strong, meteorological stations often add "gust" to the wind forecast, such as wind level 5-6, gust level 7, or wind level 7-8 and gust level 9. It means that the average wind force is 5-6 (or 7-8), the maximum wind force can reach 7 (or 9), and the gust is short or instant.
In the routine weather forecast of aviation flight weather, gust refers to the maximum value when the instantaneous wind speed in two minutes or ten minutes is greater than or equal to the average wind speed of 5 m/s.
Cause of formation
The reason why the wind force is usually relatively large when gust occurs:
The generation of gust is the result of air turbulence. When the fluid flows through the solid surface, it will encounter resistance from the solid surface, which slows down the flow rate of the fluid. Air is a kind of fluid. When air flows through the ground, the wind speed in the lower layer decreases due to the resistance of the ground to the air, while the upper layer remains unchanged, which makes the air disturb. It will not only move forward, but also decline. Sometimes in the direction of air flow, backflow is generated due to obstacles such as hills, buildings and forests, which will cause many irregular vortices, which will change the air flow velocity. When the flow direction of the vortex is consistent with the total air flow direction, the wind speed plus-sized; On the contrary, the wind speed will be reduced, so the wind speed is small when it is large; when the vortex plus-sized the wind speed in the same direction as the air flow, a instantaneous pole wind speed will be generated, which is gust. 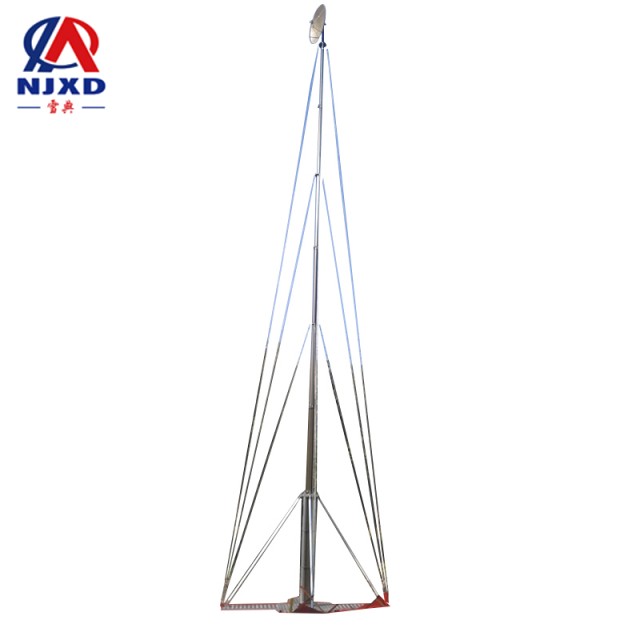 Gust coefficient
Gust coefficient is a coefficient multiplied by considering that the instantaneous wind is larger than the average wind, which is generally defined as the ratio between the gust wind speed and the average wind speed of 10 minutes, to determine the maximum (minimum) gust wind speed at any given time. Generally, the greater the turbulence intensity, the greater the gust coefficient; The longer the gust duration, the smaller the gust coefficient.
It should be pointed out that the empirical value and empirical formula of gust coefficient obtained according to the above method are obtained according to the data of atmospheric flow, they can design the cladding structure on the windward surface of the structure, because the turbulent characteristics on the windward surface are similar to the atmospheric inflow characteristics, but they are not necessarily applicable to the negative pressure area on the structural surface, because these regions are mainly affected by swirls, their turbulence characteristics are different from those of incoming flows. The cladding structure in the project is usually designed by the wind pressure value in the negative pressure area. Therefore, when designing the cladding structure of the structure, special attention should be paid to the gust coefficient values in the negative pressure area. At the same time, when the method of gust coefficient mentioned above is applied to the large-area cladding structure, the result is conservative due to all the correlation of pressure peaks.
Gust wind speed
Wind speed is divided into continuous wind speed and gust wind speed. Continuous wind speed refers to the average value for a long period of time, and most countries stipulate to use 1H average wind speed as the representative; Gust wind speed is the average value in exponential seconds, and the length of time is different, the average wind speed obtained is also different. Generally, wind below Level 6 will not cause great harm, and wind above level 6 is mostly gust, which will cause certain harm.
Fractal characteristics of gust
(1) the fractal dimension of small-scale gust structure is higher than that of large-scale gust, because small-scale gust contains more short-term local weather information;
(2) the fractal dimension of gust at different heights and different time scales is quite different, instead of being basically unchanged with time as the fractal dimension of turbulent pulse time series;
(3) due to the great influence of weather situation, although the fractional dimension of mesophile gust is basically the same, due to the small number of large-scale gust, its probability distribution does not have a scaling relationship, this also exists in other weather (such as rainfall);
(4) the relation between the scale and fractal dimension of the probability distribution of time scale without gust is reflected on the scale index on the one hand and on the other hand in its scale interval.
Gust parameters
Gust peak wind speed (p): Wind speed associated with positive gust amplitude;
Gust duration (tg): The interval between the start and end of the gust;
Gust value (m): The scalar difference between the peak wind speed of gust and the adjacent static wind speed;
Gust frequency (n): The number of positive gust occurring per unit time;
Gust amplitude (ga): The scalar value of the maximum gust deviating from the average wind speed;
Gust static wind speed (l): Wind speed associated with negative gust amplitude;
Gust formation time (tf): The time interval between the start of gust and the amplitude value of gust;
Gust decay time (td): The time interval from reaching the gust amplitude value to the end of the gust. 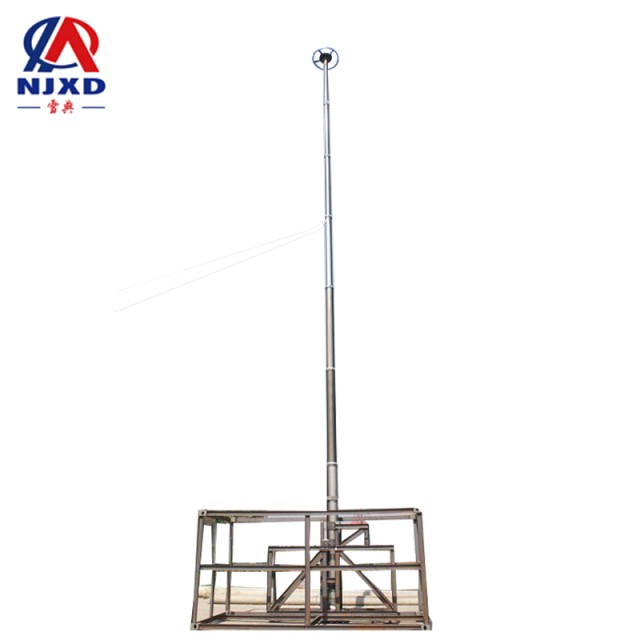 Classification
Gust front
In the front of thunderstorm, there is usually a certain intensity of outflow convergence, forming gust front. In recent years, the study of radar echo of gust front for short-term near prediction has been paid more and more attention;
...
The sudden strong wind array has a short duration. When it appears, the instantaneous wind speed suddenly increases, the wind direction suddenly changes, and the meteorological factors change dramatically. It is often that the air pressure rises, the temperature drops sharply, and the humidity increases, accompanied by thunderstorm. 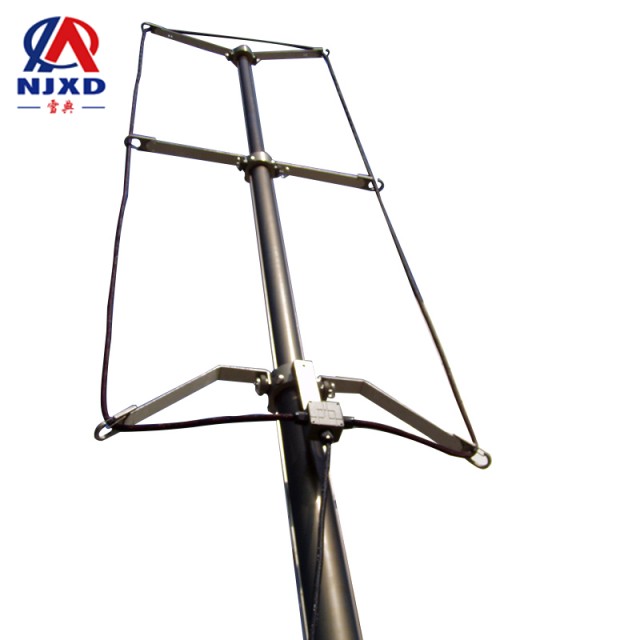 Impact on flight
When the topwind component is greater than the crosswind component, the direct effect of gust has a relatively large influence on the velocity. Therefore, the center of gravity of attention distribution is relatively biased on the pitch speed throttle. Because the speed changes obviously, the throttle will also change frequently, and the change of pitch is more than that of horizontal measurement, so as to prevent the wind shear that endangers safety at any time and make a plan.
When the lateral wind component is greater than the top wind component, the direct effect of gust has a relatively large influence on the lateral side. Therefore, the center of gravity of attention distribution is relatively inclined to the speed of roll track. The control of the horizontal side should follow the principle of stopping first and then correcting, and do not rush to correct unless the situation is urgent, the subsequent deviation mostly belongs to the fly out by yourself. Apply enough force to helm to stop further deflection. Force is applied here, so helm may not deflect or move greatly. Once the resistance on the transverse side decreases or disappears, reduce or cancel the applied force in time, and gradually reduce the deflection of the aircraft with appropriate force under the condition of stopping deflection and still having resistance. Finally, track correction is carried out, the consequence of being eager to correct is that the acceleration deflection will be reversed when the gust or turbulence disappears due to improper force (in most cases, Platen is too much and spoiler is extended to accelerate [correct deflection]).
The gust of positive crosswind is really harmful to the low altitude, especially after entering the runway, grounding as soon as possible, and timely and actively operating the aircraft is the all-round solution. Careful analysis of flight conditions is a good way to avoid and prevent. In this case, the five sides should remind themselves more to avoid forgetting.
Harm
Too strong gust can easily cause disasters.
Generally speaking, the wind speed of gust is 50% or even higher than the average wind speed. The greater the average wind speed, the rougher the ground surface, and the greater the percentage of gust wind speed exceeding the average wind speed. After a gust reaches the maximum wind speed, about 1 to 2 seconds, the wind speed will be less than half of the average wind speed, and then another maximum wind speed will appear. In this way, the wind blowing on the ground is a burst of waves.